Kuroko no Basuke Wiki
Register
Don't have an account?
Sign In
Advertisement
in: Teams, Generation of Miracles
English

The Generation of Miracles (キセキの世代 Kiseki no Sedai) is a group of five exceptionally talented players that played together on the Teikō Junior High basketball team. They won the junior high school Nationals for three consecutive years before graduating and scattering across different high schools with the intentions of rivaling each other.[1] While the Generation of Miracles is widely accepted as a group of five, there exists an additional phantom sixth man acknowledged by each of the prodigies.

The Generation of Miracles are easily recognized as the best players in the league, with their talents even leading others to refer to them as "monsters". Their skills have been compared to players like Tatsuya Himuro, Shōgo Haizaki, and the Uncrowned Kings, but have only been truly equaled by players like Taiga Kagami and Team Jabberwock.

Due to their near-legendary status among high school basketball, Taiga Kagami has set his eyes on each of the prodigies and aims to become the number one in Japan by defeating them.[2]

The Generation of Miracles attended Teikō Junior High at the same time by coincidence. Daiki Aomine, Shintarō Midorima, Atsushi Murasakibara, Seijūrō Akashi, and Tetsuya Kuroko participated in the basketball club's tryouts at the beginning of their first year, with Kuroko only making it to the third string while the others were immediately accepted into the first. Early in his first year, Akashi was appointed as vice captain of the team with Shūzō Nijimura as captain.

Kuroko remained determined despite this and began staying late to practice alone in the third string's gym, which led to his first meeting with Aomine when the latter was searching for somewhere less crowded than the first string's gym.[3] The two found a mutual respect for the other's dedication to basketball and agreed to practice together from then on.

Akashi eventually grew curious as to where Aomine was spending his time and visited the third string's gym alongside Midorima and Murasakibara.[4] The three failed to notice Kuroko's presence initially, piquing an interest in Akashi and leading him to offer a few pieces of advice before telling Kuroko to find the answer on his own.[5][6]

Following Akashi's advice, Kuroko spent three months developing his skills before speaking with Akashi again and participating in a game between the second and third strings as a test of his new style.[7] His newfound abilities proved impressive and Kuroko was accepted into the first string as Teiko's "Phantom Sixth Man".[8]

At some point after this, Akashi was promoted to captain in his first year following a direct request from Nijimura.

After witnessing and admiring Aomine's style of play in his second year, Ryōta Kise began playing basketball and joined the team's second string before being quickly promoted to the first. His addition led newspapers and tabloids to begin using the "Generation of Miracles" name to describe the five exceptional players. Akashi, recognizing Kise's potential and talent as a player, saw that he would soon surpass Shōgo Haizaki as a starter and instructed the latter to quit the team in order to preserve his pride.

Shūzō Nijimura, who was a year above the Generation of Miracles, graduated from his third year at Teikō Junior High and left the team without seeing anything wrong with it at the time.

The Generation of Miracles saw rapid development of their individual talents in their third year, with Daiki Aomine facing the most sudden and drastic improvement in skill before the others. His indisputable talent brought a sense of hopelessness to anyone who faced the team, causing many of them to give up and accept defeat without putting up any sort of fight. Aomine was called a "monster" in regards to his talent and began skipping practices with the reasoning that putting in any effort would only cause his opponents to put in even less.

The team's head coach, Kōzō Shirogane, also fell ill around this time and was replaced by Naoto Sanada. He struggled to properly manage Aomine's talents, as well as those of the other Miracles, and the team faced severe internal conflict that culminated in an argument between Seijūrō Akashi and Atsushi Murasakibara. Murasakibara, after seeing Aomine continually skip practice to the point where it was condoned by Sanada, decided that he no longer wanted to attend practice either. Akashi took offense to this and challenged him to a 1-on-1 match with the conditions that Murasakibara would only be allowed to miss practice if he won.

It was during this match that Akashi's second persona awakened the Emperor Eye and made severe changes to the team's dynamic. He allowed Murasakibara to skip practices despite having not won over his captain and extended the same exceptions to Ryōta Kise, Shintarō Midorima, and Tetsuya Kuroko with the explanation that forcing the team to cooperate further would only harm it further. Akashi compared the team's state to a broken plate, saying that while it will never be entirely whole again, it can still hold value for as long as it's usable.

Sanada could only watch as the team continued to change for the worse, deeply regretting his words to Aomine and his decision to let the player skip practice while questioning if the Teikō basketball club could even be called a team at that point. Kuroko shared these doubts and quit the team immediately following that year's national tournament. He denounced the team's unyielding emphasis on victory and chose to fight the Generation of Miracles in his own way in high school.

"The Oath" was an promise made between Seijūrō Akashi, Atsushi Murasakibara, Daiki Aomine, Shintarō Midorima, and Ryōta Kise on the day of their graduation ceremony at Teikō Junior High. They share a collective distaste for being grouped together under the Generation of Miracles title and vowed to face each other in high school competitions in order to prove their individual talents. Akashi wished to ensure that there would be no one stronger than them, going so far as to eliminate any opponents other than themselves in order to properly go against each other at their true strength. While Tetsuya Kuroko was not present at this meeting, Akashi was certain that he would join their battle in his own way.

The Oath was first mentioned on the first day of the Winter Cup, where Akashi summoned each of the five (including Kuroko) for a meeting before the matches started. He initially intended to verify their dedication to the agreement and ended the meeting after a very brief conversation, able to tell that no one had forgotten their promise from their expressions alone.[9]

The gate is a figurative image of the threshold that only extraordinary players can pass through to qualify as geniuses and reach the same level as the Generation of Miracles.[10] Due to the rarity of the Miracles' extreme level of natural talent, it is considered impossible for a player other than them to open this gate. The only known exception to this is Taiga Kagami, who was able to forcibly open the Gate through his own self-growth and talent. It is said that each of the Miracles were able to hear the sound of the door opening in this moment.

Each member of the Generation of Miracles shares one common weakness: due to their extreme level of natural talent, their still-developing bodies are unable to handle the physical strain of using these talents to their full extent. Should a player push to use their full abilities for an extended period of time, they can quickly grow overexerted or even injure themselves as they still only have the physique of a high school student. In other words, their greatest strength can simultaneously be their greatest weakness.

An example of this is the Kaijō High vs Tōō Academy match, where Ryōta Kise was nearly unable to stand once the match ended and was left with a long-term leg injury due to the overuse of his abilities. Daiki Aomine faced some level of injury as well, particularly in his elbow, and was kept from participating in the Interhigh finals against Rakuzan High. Shintarō Midorima is aware of his own physical limitations and acknowledges that he can't endlessly make long-range shots while Atsushi Murasakibara and Taiga Kagami have also experienced intense strain on their legs after jumping too many times. 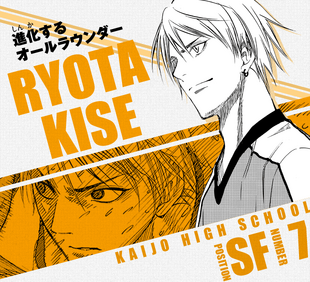 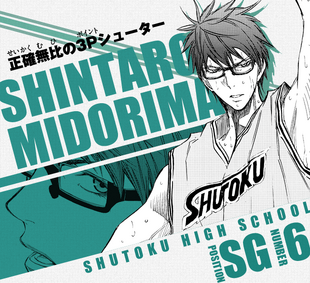 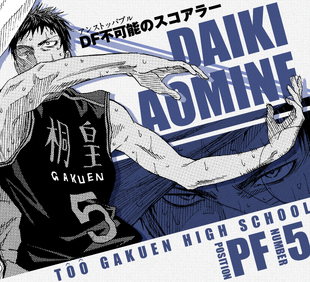 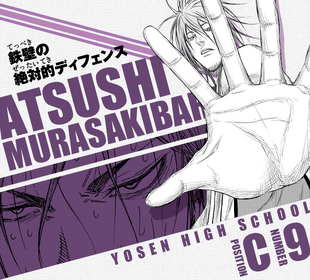 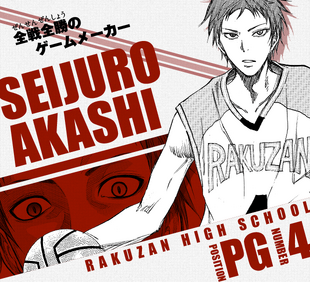