The game is a traditional basketball simulation game. When playing matches, the players are in chibi-format. It seems that the game simulates every match until the Interhigh preliminaries final league. The player plays with Seirin and the opponents are Kaijō, Shūtoku and Tōō.

Not only basketball, but the game also centers around the players' relationships, as you can talk to them freely. The game was released on August 9th, 2012.

The game starts with the Seirin basketball team meeting their rival teams Shūtoku High, Kaijō High and Tōō Academy one after another, who all are in the same training camp facility. Later on in the game, the player is required to make a choice between three routes, Shūtoku, Kaijō or Tōō. The route the player selects will affect the rest of the game as each route focuses on the events of that particular team of choice. If the player chooses the Tōō route, then at the end of the game they will get three special events which feature Tatsuya Himuro, Atsushi Murasakibara and Seijūrō Akashi. Even though these three players did come to the training camp, they came alone without their respective teams. They would join the Tōō Academy and have a practice match against Seirin, wearing Tōō Academy's jersey.

The game highly depends on the players game play. If the player loses a match then it cannot be undone and he/she will have to continue on the route with a loss or a won situation, affecting the events. The game contains a lot of different possibilities and situations for the player. There are also four secret routes which the player can unlock with entering a series of codes.

Kuroko and Kagami in the game 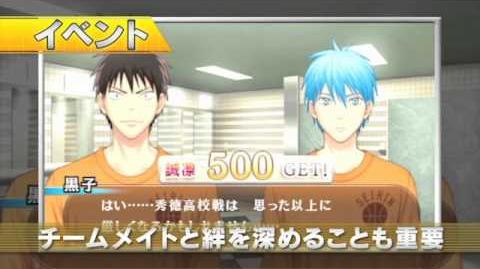 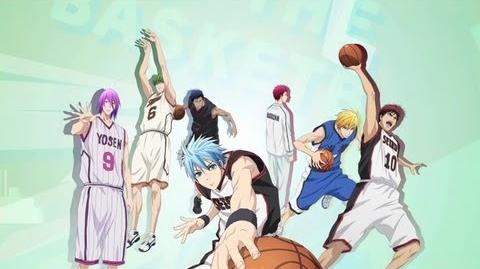