Kuroko no Basuke: Miracles to Victory

Kuroko no Basuke: Miracles to Victory

Another follow-up game has been announced to be released, this being Kuroko no Basuke: Bonds Towards the Future.

Just like the previous game, Game of Miracles, Miracles to Victory takes place sometime before the Winter Cup, where different basketball teams meet and battle at a certain training camp. Seirin basketball team is equipped with new uniforms and brimming with new fighting spirit. In the training camp they meet powerfull rivals, Kaijō, Tōō, Shūtoku, Yōsen and Rakuzan. A training camp that crosses the boundaries among schools and teams is about to start.

The game features a new story never seen before. It's packed full of character interactions that can’t be seen in the manga or the anime. Includes surprising events that are only possible in-game. Once Seirin’s route is cleared, the player can experience the game from other schools’ perspectives. If the player clears the game completely, a new option will appear. This option is yet unknown. The routes that are available to the player are Seirin route, Kaijō route, Tōō route, Shūtoku route, Yōsen route and Rakuzan route.

The game enables the player to mix the teams, and play with their favourite players from different schools in one team of 3-on-3 practice match. This free gameplay match is street basketball.

Just like the previous game, Miracles to Victory highly depends on the players choices and win or lose situations, which affect the plot and the rest of the game.

Makoto Hanamiya from Kirisaki Daīchi High is also featured in the game, without the rest of his team. 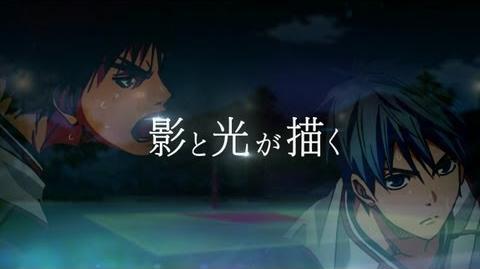 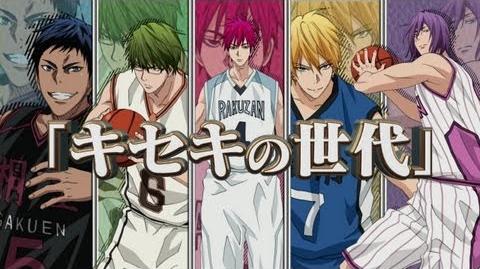 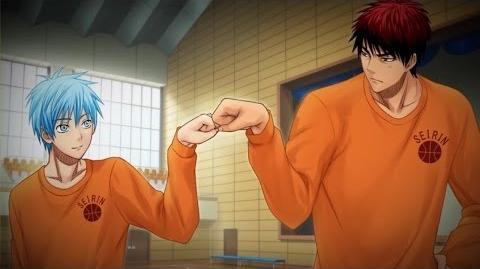